The chirality of smell 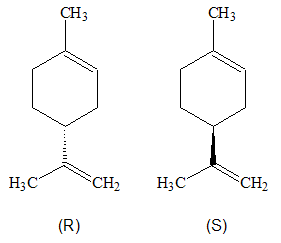 As I prepare the first half of my Science of Smell online class, I am having fun looking for various examples of all things biomolecular, biochemical, and genetic related to olfaction. If I were a taste and flavour chemist or a molecular gastronomist, I’d probably be interested in somehow exploiting the chirality of biomolecules in food and drinks!

Chirality refers to the non-symmetrical nature of some molecules. Non-symmetrical molecules are like our right and left hands: they appear the same in reverse but you cannot superimpose the image of one over the other in the mirror nor can a left-handed glove fit a right hand. In the pharmaceutical industry, chirality is very important because the enantiomer of a biomolecule that produces a positive outcome (like reducing morning sickness using thalidomide or hyperactivity using Ritalin) may cause a harmful effect (birth defects) or no effect. The handedness is determined by the stereocenter of a molecular. Those with ‘right’ handed stereocenters are ‘R’ or + enantiomers and those with ‘left’ handed stereocenters are ‘S’ or – enantiomers (the S comes from sinister, Latin for left).

Our olfactory receptors are clever things: they can tell the difference between the right and left hands! The two most common examples are of carvone and limonene.  The R-carvone/(-) carvone is recognized as mint and its enantiomer as carraway. R-limonene/(+) limonene smells ‘orange’ and its enantiomer is lemon (see image to the right). So next time you smell oranges and lemons at the same time, recognize the power of your nose to be ambidextrous by distinguishing between the two biomolecules!

Filed under Food, Olfaction, Science, Senses, smell of the week